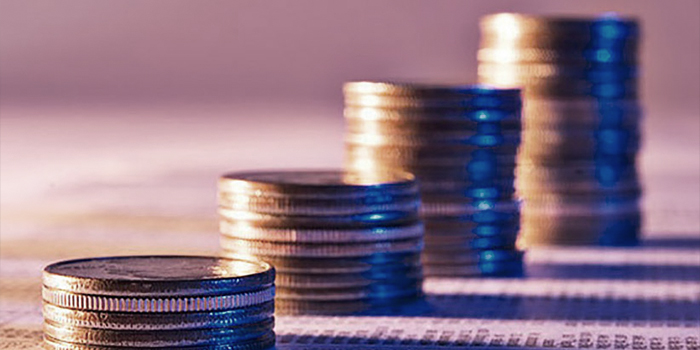 The Hong Kong SAR government gazetted the Inland Revenue (Amendment) (Taxation on Specified Foreign-sourced Income) Bill 2022 on 28 October prior to its introduction into the Legislative Council (LegCo). The Bill was considered by LegCo on 2 November and approved on the same day.

Last October, the European Union placed Hong Kong on its watchlist on the grounds that the non-taxation of foreign-sourced passive income was not accompanied by adequate substance requirements or anti-abuse rules. The EU invited Hong Kong to commit to amend its Foreign-sourced Income Exemption (FSIE) regime by 31 December 2022.

To avoid Hong Kong being blacklisted by the EU as a non-cooperative jurisdiction for tax purposes, the Hong Kong government committed to amend its tax law by implementing a new FSIE regime as of 1 January 2023. A government spokesman said: “We will request the EU to remove Hong Kong from the watchlist once the Bill is passed by the LegCo.”

The Bill upholds Hong Kong’s territorial source principle of taxation such that determination of the source of profits will not be affected by the new regime. Under the new regime, taxpayers can still be exempted from tax in respect of the specified foreign-sourced passive income received in Hong Kong if they have a substantial economic presence in Hong Kong.

The new FSIE regime will introduce an economic substance requirement to safeguard against possible exploitation of Hong Kong’s tax arrangement by shell companies to achieve double non-taxation in respect of foreign-sourced passive income.

Only multinational enterprise entities (MNEs) carrying on a trade, professions or business in Hong Kong will be subject to the new FSIE regime. Individuals and local companies will not be affected. Foreign-sourced interest, dividend and disposal gains generated by regulated financial entities from the carrying on of their regulated businesses will not be chargeable to tax under the regime.

An MNE wishing to claim a tax exemption will need to meet the economic substance requirement by employing an adequate number of qualified employees and incurring adequate operating expenditures in Hong Kong. An MNE that is a pure equity-holding company will be subject to a reduced economic substance requirement involving only the holding and managing of equity participations and complying with the corporate law filing requirements in Hong Kong.

For foreign-sourced IP income, taxpayers will need to comply with the nexus requirement set out by the OECD in respect of preferential tax regimes for IP under which tax exemption must be substantially tied to the qualifying research and development (R&D) expenditures that are attributable to a qualified IP asset.

To mitigate possible double taxation, a range of enhancement and mitigation measures will be introduced:

To minimise the compliance burden and enhance tax certainty, a business-friendly four-pronged approach will be taken:

To help prepare for the introduction of the new regime after the gazettal of the Bill, taxpayers affected by the new regime may apply for a ‘Commissioner’s Opinion’ in respect of their compliance with the economic substance requirement as a transitional measure and refer to the specific guidance on the IRD website to better determine their tax liabilities.

The Commissioner’s Opinion is not an advance ruling made under Section 88A of the Inland Revenue Ordinance. The Commissioner of Inland Revenue will, however, apply the enacted economic substance requirements according to the opinion, provided that the arrangements and parameters stated in the opinion are adhered to. A taxpayer can rely on the opinion to report on its compliance with the enacted economic substance requirements in its tax return.

“As an international financial centre, Hong Kong prides itself on being a responsible and co-operative player in international taxation. The Bill aligns with the international tax standard of requiring a corporate taxpayer benefitting from preferential tax treatment in a jurisdiction to have a substantial economic substance in that jurisdiction and prevents shell companies from deriving tax benefits through double non-taxation,” said a government spokesman.

“The Bill was drawn up based on the legislative building blocks confirmed by the EU Code of Conduct Group (Business Taxation) (COCG) in June 2022. Due regard has been given to the EU’s promulgated Guidance on Foreign Source Income Exemption Regimes and the parameters as communicated to us by the COCG.”

The government said it would continue to look for ways to enhance the competitiveness of Hong Kong’s tax regime further, including exploring a preferential tax regime for Hong Kong-sourced IP income to encourage more R&D activities in Hong Kong and appropriate measures to enhance tax certainty for onshore transactions in respect of disposal of shares or equity interests.

We would encourage any companies that receive foreign-sourced passive income via their Hong Kong entities to review their current structures and be prepared to build substance in Hing Kong in line with the guidance provided by the Hong Kong Inland Revenue Department (IRD).

As a transitional measure to help taxpayers prepare for new FSIE regime, the IRD is also introducing a mechanism for taxpayers to apply for a ‘Commissioner’s Opinion’ in respect of their compliance with the economic substance requirement.

If you are an MNE receiving, or expecting to receive, foreign-sourced passive income in Hong Kong, Sovereign Trust can assist by providing clients with an individual assessment of their tax position under the revised FSIE regime. To do so we will require the following information:

Once we have reviewed the details provided, we will then confirm whether you are in-scope and recommend any remedial action based on either the economic substance or nexus approach requirements. We can also assist you to apply for the Commissioner’s Opinion before the new FSIE regime comes into effect on 1 January 2023.

Given the very limited time available, we would encourage you to contact us as soon as possible if you have any queries.