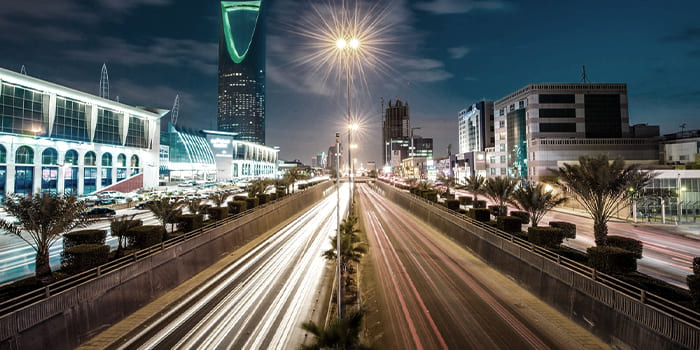 Saudi Arabia has adopted an increasingly global and reformist mindset to transform into a highly competitive business economy, in line with the government’s commitment to achieving the Vision 2030 blueprint.

Enhancing the business environment for the private sector is one of the top priorities, with the goal of increasing its contribution from 40% to 65% of GDP. A regulatory framework for privatisation, transparent foreign investment rules and upcoming changes to corporate law are all intended to assist this goal.

The Saudi economy has been highly dependent on oil revenues, while the public sector has provided many of the key services that are typically provided by private sector companies in other countries. The government has therefore embarked on a programme of privatisation, primarily through public-private partnerships and the sale or leasing of state-owned assets.

To support the increased role of the private sector, the government enacted a new Private Sector Participation Law last year, which provides a framework to regulate government divestments and partnerships between the Saudi government and the private sector on joint projects related to the provision of infrastructure and other public services.

The law addresses key issues such as the acquisition of land for projects, assignment and subcontracting by the private sector party, protections for private companies and foreign investors, remedies for breaches by the private sector party, the government’s step-in rights and dispute resolution. Implementing regulations have also been introduced, together with related governing rules.

The Saudi government has traditionally operated a formal and transparent regulatory regime for foreign investment, which uses a sector-based approach to regulating levels of foreign investment in domestic companies.

Foreign investment is prohibited in sectors on a negative list, which includes industrial and service sectors, including oil exploration, drilling and production. Limits on foreign ownership also apply in certain other key sectors, such as communications, insurance and reinsurance, healthcare and education. Complete foreign ownership is generally permitted for all other sectors.

New rules are expected to replace the negative list. A range of new laws – including a new Companies Law and the establishment of ‘special economic zones’ – are also expected to be enacted soon.

A new draft Companies Law was published in 2020. When enacted, this law will introduce a new concept of a simple joint stock company, which may be established by a single shareholder with no minimum capital requirements. This form of company would be subject to a lighter regulatory and corporate governance regime than a traditional joint stock company.

The draft law also permits limited liability companies to issue transferrable debentures (sukuks), which only joint stock companies can currently issue. Other changes include the potential introduction of codified directors’ duties for the first time for all types of Saudi Arabian companies and express recognition of shareholder agreements.

Companies setting up operations in the ILBZ will enjoy a 50‑year tax exemption from corporate, income and withholding taxes on certain payments. All foreign entities operating in the Zone will enjoy up to 100% business ownership, 100% suspension of customs and import restrictions, and zero restrictions on capital repatriation.

The ILBZ will focus on providing integrated logistics, forming part of a broader plan to attract more multi‑national companies to the Kingdom by establishing a network of special economic zones in competitive locations, for sectors such as ICT, logistics, tourism, industrial and financial services.