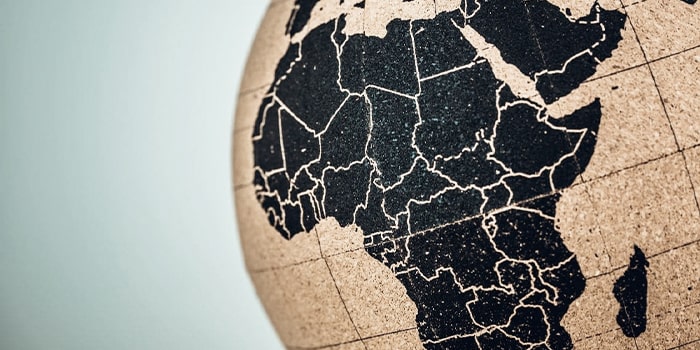 Africa’s rapid economic and social change will give the continent a bigger role in world global affairs and the global economy, said Chido Munyati, Head of Regional Agenda, Africa, at the World Economic Forum (WEF). But he warned that failure to restore trust and solidarity could result in a divergence in the global economic recovery, partly reflecting inequitable access to vaccines and financing

Speaking at WEF’s ‘Davos Agenda’ in January, a series of online conferences organised to replace the scheduled in-person WEF event which had to be postponed until May due to the spike in COVID-19 cases, Munyati set out five ways in which the world and Africa can work together to restore trust on solidarity on key priorities for the region’s development.

The COVID-19 pandemic has underscored the critical importance of international solidarity and support. In particular, the threat of new variants highlights the need for a global response, with a particular focus on the unvaccinated people of Africa. To date, Africa has fully vaccinated 77 million people, just 6% of its population. In comparison, over 70% of high-income countries have already vaccinated more than 40% of their people. The low levels of vaccination increase the risk that new variants could emerge as the virus continues to circulate.

Repeated waves would worsen the financing crises in many African countries. The IMF estimated a funding gap of between USD130 billion and USD410 billion for 2020-23 (equivalent to 8% to 25% of regional GDP). Business continuity, investment and revenue-generation prospects will likely be impaired by successive waves of infection and accompanying containment measures — threatening past gains in poverty reduction, improved health outcomes and food security.

Importantly, the region is moving quickly to build up its own capacity to manufacture and distribute vaccines. Recently, BioNTech struck an agreement with Rwanda and Senegal to initiate the construction of the mRNA vaccine manufacturing facility in mid-2022, with an initial capacity of 50 million of COVID-19 vaccine doses per year.

In the year ahead, it will be critical that policymakers develop plans to ensure the equitable allocation of limited doses until there is sufficient global supply. Indeed, the pandemic is likely to persist until there is genuine global cooperation on vaccine supply and access.

Looking beyond the pandemic, the region’s potential remains undiminished. Demographics, in particular, will fuel the continent’s rise in a world of shrinking working-age populations. Over the next three decades, the global population is set to grow by about two billion people, with half of that increase in sub-Saharan. (Today there are almost two Africans for every European.)

Africa’s rapid economic and social change will give the continent a bigger role in world global affairs and the global economy. More specifically, sub-Saharan Africa’s population is growing at 2.7% a year, and GDP needs to grow at least as fast. The good news is that the region’s economy is expected to grow by 3.7% this year and 3.8% in 2022; more than twice as fast as South Asia (1.2%) and Latin America (0.9%).

In this context, and in contrast to many other regions, sub-Saharan Africa’s working-age population is growing faster than any other age group, providing a valuable opportunity for accelerated growth. However, capitalising on this potential will require bold transformative reforms. Africa, more than many other regions, desperately needs to provide the education and skills training necessary for the jobs of the future. In addition to a skilled workforce, sustained growth will require that new job entrants are matched with new job opportunities.

Africa’s progress will be shaped by a fast-growing middle class with rising spending power; and the growing integration of Africa’s markets.

At a time when the continent’s economies have been hard hit by the pandemic, the Africa Continental Free Trade Area (AfCFTA) holds economic promise. Africa has recently become home to the largest free trade area in the world, both by area and by the number of countries. The AfCFTA comprises 55 countries with a population of 1.3 billion and combined GDP of about USD3.4 trillion.

The pandemic has accelerated the need to implement the terms of the AfCFTA and thereby boost intra-African trade. Intra-regional trade accounts for 17% of Africa’s exports compared to 59% in Asia and 69% in Europe. Emerging from the region’s first recession in 25 years, free trade provides a much-needed stimulus. It is not just the movement of people and goods across borders that will stimulate recovery, but also the integration of services, intellectual properties, and competition policies.

However, there is still much more to do as major components of the agreement still must be negotiated, between many countries and regional economic communities. Moreover, according to the IMF, removing non-tariff barriers could be up to four times more effective in boosting trade than tariff reductions. Accordingly, the Forum is supporting trade facilitation projects — in Malawi, Mozambique, Nigeria, Senegal, Uganda, and Zambia — from simplifying import and export documents and procedures; to designing and introducing a new framework for licensing customs clearing agents.

Finally, the pandemic has underpinned the need to expand and deepen regional value chains. In this context, the AfCFTA has the potential to not only reduce the region’s exposure to global disruptions but boost local manufacturing and productivity. This will be key as the region endeavours to develop a regional manufacturing network to support the access to vaccines manufactured in Africa.

The digital transformation of African goods and services markets and supply chains will continue to accelerate in 2022; however, infrastructure investment, education and training will be crucial to fully leverage the Fourth Industrial Revolution. Notably, venture capital funding for African start-ups will amount to almost USD5 billion in 2021, more than double the previous all-time high in 2019 when 234 tech companies raised USD2.02 billion.

Entrepreneurs and SMEs are fundamental to innovation, economic growth, and job creation in Africa. SMEs, which account for an estimated 80% of jobs across the continent, are the backbone of the African economy. However, a renewed focus on innovation and digitalisation is required for these companies to increase their competitiveness and compete in the global economy. While digital transformation offers SMEs opportunities to innovate and grow, significant barriers remain preventing the realization of these opportunities.

In particular, for these businesses to grow, create more jobs, and generate economic growth, they need access to capital. At the upcoming World Economic Forum Annual Meeting, members of the Regional Action Group for Africa will publish a report that explores Incentives to Increase Investment and Adoption of the Fourth Industrial Revolution in Africa — with a focus on the small and medium-sized enterprises (SMEs).

Africa contributes the least of any continent to global warming but is the most vulnerable to the impacts of climate change. The impact of climate change in Africa goes beyond food insecurity; it impacts the spread of infectious diseases, biodiversity extinction and direct loss of human lives.

Climate finance is certain be the top priority, for African countries, at the upcoming 27th session of the Conference of the Parties (COP 27) to the UNFCCC taking place in Egypt, in November 2022. COP 27 will likely highlight the severe climate impacts facing the continent with a view of delivering more support for climate adaptation and mitigation.

In 2009, the world’s wealthier nations pledged to mobilise USD100 billion a year by 2020 but ended up providing USD20 billion less. Adaptation costs for African countries, for the period between 2020 and 2030 are estimated to be between USD259 to USD407 billion; and mitigation cost for the same period were estimated to be USD715 billion. To be sure, mobilising external financing from both public and private sector sources will be a top priority for most African nations.

Since the onset of the pandemic 30 million Africans have fallen into extreme poverty. In the year ahead Africa and global stakeholders must restore trust and solidarity to tackle these challenges. A failure to do so would result in a divergence in the global economic recovery, partly reflecting inequitable access to vaccines and financing.